Apartment-house at Kowalska street no 10

For the first time, name of street appeared in Latin archives ‘platea Fabrorum’, in a while it was changed into German ‘Schmiedestrasse’, which survived to Second World War.

Descent of the owner has been emphasized by placing on the top of the building sculpture of lion, emblem of Scotland. Lion held wind flag with date 1585, which meant the year of facade rebuilding as well as the date of agreement between Elblag and East India Company. Ground floor was decorated with beautiful portal and threshold terrace, a cornice separated individual levels of the building.

Apartment-house represented classic example of Dutch mannerism. It was one of the first apartment-houses built in that style, afterwards it served as architectonic model for other Elblag's apartment-houses. Pattern of decoration was copied many times in Elblag with small changes and with use of individually designed portals. Probably the author of project was architect Hans Schneider von Linden – manager during construction of Elblag's Artus Court. Project of  facade is attributed to him, because as it is written in archives in 1587 year he received reward for two Orthäuser projects near Kowalska  and Market Gate. The name Orthäus defined corner buildings like apartment-house no 10. In addition, tops of Elblag's Artus Court and apartment-house at Kowalska street no 10 were almost identical.

Between 1881 and 1902 the tenement was owned by merchant Julius Nickel. In 1896 he hired a domestic helper – Paul Salewski, who took over Julius’s business after his death. The business was a store selling colonial goods, wine, delicacies, game and poultry. In 1925 the delicatessen was refurbished and the tenement front was rebuilt – four large display windows were added. The Salewski family’s building was refurbished under the supervision of conservation officers. The rebuilt store occupied an area of ca. 11 x 11 m. The central point was a wooden pillar surrounded by display cabinets and shelves with luxury goods. The establishment was managed by Ida Salewski and Rudolf – her son who later ran the family business. The family changed its name from Salewski to Salden.

During World War II merchant Rudolf Salden was a navy officer. At the end of the war, like many other inhabitants of Elblag, Rudolf Salden and his wife were forced to move to , where they settled in Erlangen. Both remained closely connected with Elblag and often visited their homeland. Elblag is the birthplace of their daughter, Marie-Luise Salden, who became an artist – master of the woodcut. In July 2008 she exhibited her woodcut works at Galeria EL in Elblag.

Hotel Pod Lwem
Reconstruction has been finished in June 2008 at contribution of many Elblag's companies. Main investor and present owner of the hotel is Construction Company “MYTYCH”, which particularly works for reconstruction of Elblag's Old City.

Hotel’s name “Pod Lwem” (“Under the Lion”) is descended from the sculpture, which is on the top of the building. This figure was part of  facade since XVI-th century. 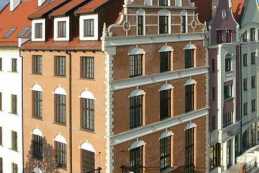 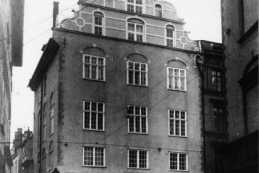 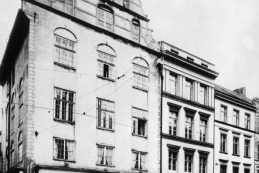 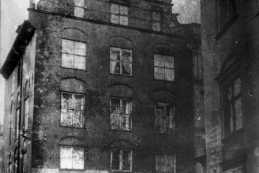 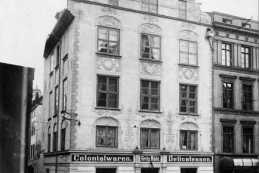 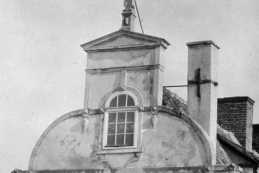